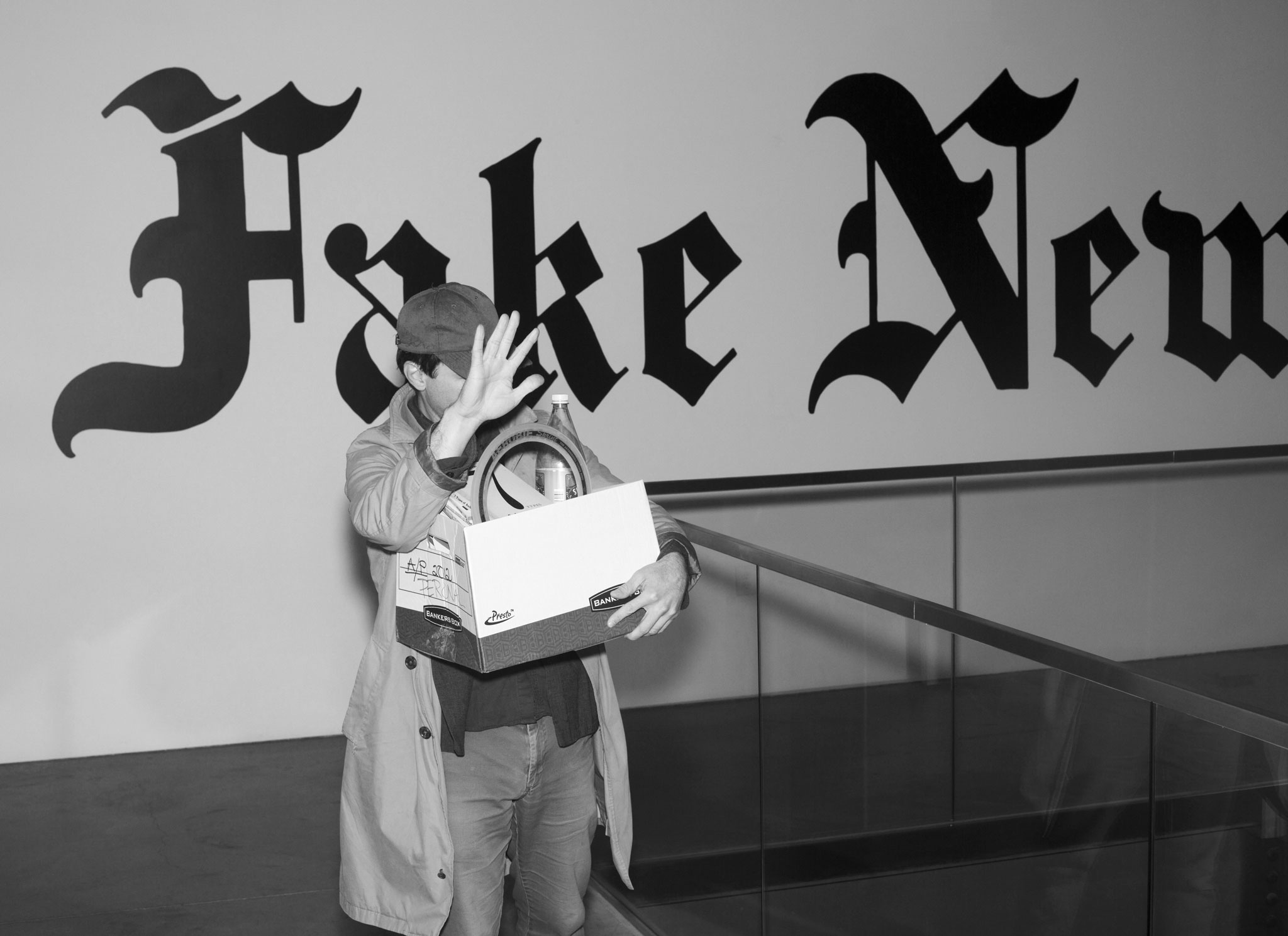 The publisher and so-called photographer of indeterminate age faced an uncertain future after eight days running the Fake Newsroom at San Francisco’s Minnesota Street Project. Rumors abound about why he’s been let go within days of commencing his tenure as the inaugural editor of Fake Newsroom. Despite the fruitful intensity of his leadership in reanimating Larry Sultan and Mike Mandel’s 1983 MATRIX/Berkeley Newsroom project, originally curated by Constance Lewallen, Fulford makes his hurried exit in the middle of a news story that, “nobody wants anything to do with.”

Aided by a daily crew of SFAI and CCA students since April 11th, Fulford has been corralling images from the database of Associated Press.

One unnamed source suggested that Fulford’s, “ruthless pursuit of nonsense” for the daily editorial at www.fakenewsroom.org, was the undoing of him from the get go. Another observed that Larry and Mike’s presence at the Fake Newsroom weighed heavily on the former Executive Editor—a full-wall image of the two guys from Van Nuys at their desks in the 1983 Newsroom creating an, “emotionally charged” stare down between Fulford and the artistic giants. Mike Mandel was overheard on his visit to the Fake Newsroom on April 14th muttering, “Forgiveness requires hope…I hope that whatever torments his soul will plague him no more.”

It is unclear whether Fake Newsroom will stay in its current iteration. One of the big questions is about the de Chirico print that apparently acted as a guiding creative force for Fulford during the past few days, and whether it will stay on the back desk, or take a more direct relationship with Will Sultan’s haunting painting that currently hovers above his dad’s searing gaze onto the chaos left behind by Fulford.

Some investigation of the pile of shredded images in the corner of the newsroom will need to be made, with one insider noting that, “I think this will be a traumatic job—who knows what we will piece together in the process. I suspect the real story of fake news is embedded in this pile of dismembered imagery.”

The photographic legend Jim Goldberg is due to step into the eye of this fake newsroom storm as the next editor on Tuesday, April 18th, promising, “to generate some fake news with an open heart and open mind.” Goldberg has, according to many, “some tiny yet specific shoes” to fill.

Who will fill his tiny shoes?